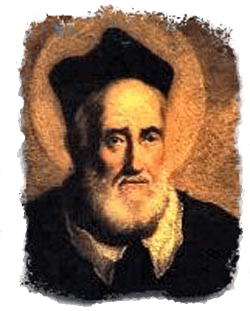 Saint Philip Neri is the Americanized spelling of San Filippo Neri, a beloved Italian saint who was born in Florence and spent most of his adult life in Rome. Neri is known as the happy saint, the amiable saint, one of the few Catholic leaders in the 1500s in Europe who responded empathetically and effectively to the Protestant reformation.

He founded the Oratorians, a unique order of the Catholic Church famous for bringing together religious and lay people to serve the poor, aid children and pilgrims in Rome, educate the masses, find inspiration from the Holy Spirit and frequently engage in the sacraments of confession, Eucharist and prayer.

After Saint Peter, he is known as the Saint of Rome. He is also known for his sense of humor, his self deprecation and his encouragement of lay person leadership in all aspects of charitable service and religious life.