I confess. I’m Catholic, and I’d never heard of Saint Philip Neri or the Oratorians.

Until recently, that is. Until I decided to save an abandoned church in a small town in Tuscany. 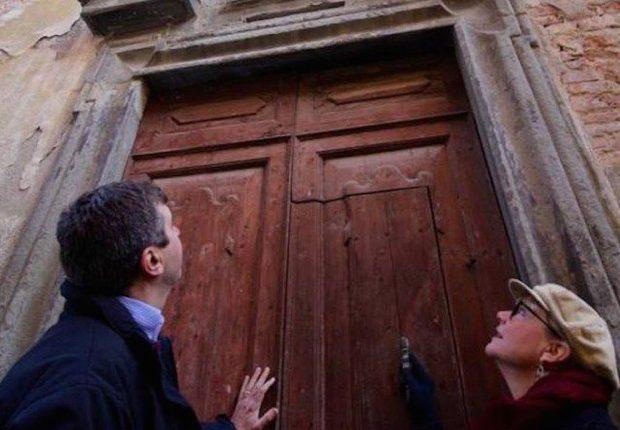 I’m a first-generation Italian American -- mother Italian, father American. In 2011, my husband Tim and I purchased a small apartment in Castiglion Fiorentino, a town in Tuscany located between Arezzo and Cortona and near my Tuscan relatives. 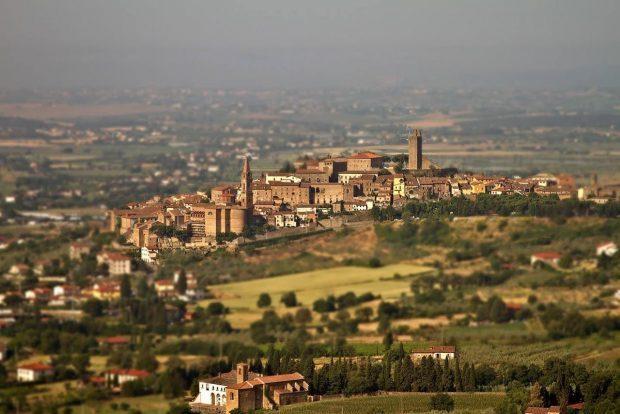 I often describe Castiglion Fiorentino as a magical medieval hill town. Author Frances Mayes, however, depicts it more precisely when she writes that it’s “an intact medieval village perched above the undulant Val di Chio, where groves produce optimal olive oil. Inside the walls, cart-wide streets lead to one of those balcony-of-the-world lookouts framed through an impressive loggia designed by Vasari.” 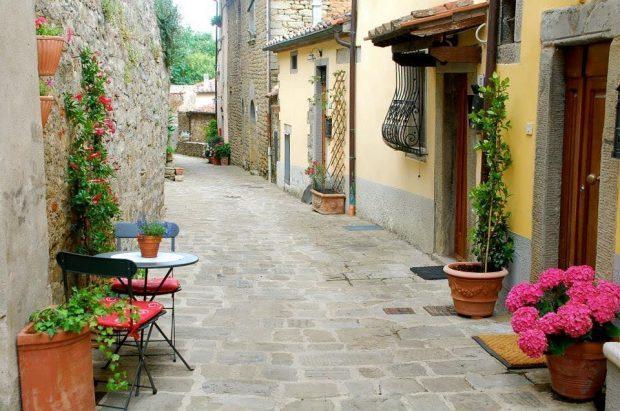 A hidden jewel on a cart-wide street

In Castiglion Fiorentino’s historic center, on the same pedestrian-only vicolo as our apartment, a boarded-up stone building dating back to the Middle Ages sits virtually unnoticed. In the late 1600s and early 1700s, this was the living quarters for priests serving the community. No one has been inside the structure for over fifty years. Too dilapidated and dangerous. 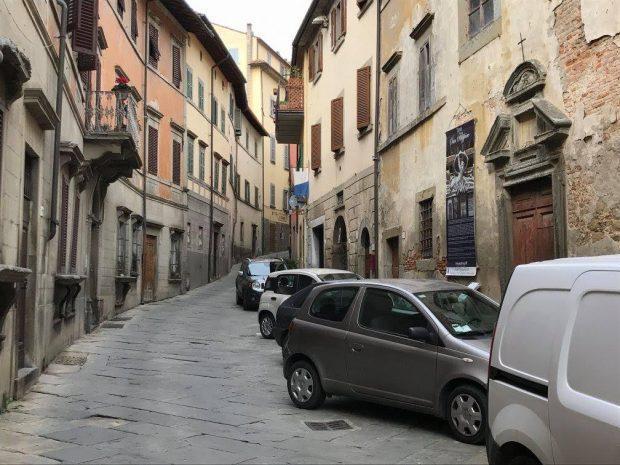 The baroque chapel and the “electric eel”

Located below the priests’ living quarters, and connected by a stairwell, is a church called Oratorio San Filippino. As the name suggests, the little chapel is dedicated to St. Philip Neri, “the joyful saint,” who, we discovered, was renowned for his humility and sense of humor, as well as his love and compassion for the homeless, the sick and the needy, and especially children. St. Philip was also called “the electric eel,” author Barry Hudock explains, because being in his company was enough to “jolt your lazy conscience and make you want to live a better life, without ever feeling alienated or condemned.”

St. Philip used to say things like, “Be good if you can,” and “Charity and cheerfulness, or charity and humility, should be our motto.” His beliefs and teachings are still followed today by the Oratorians, a religious order that he founded. Like St. Philip, the Oratorian brothers are known for bringing religious and lay people together to pray, laugh and have fun, to grow spiritually, and to serve the underprivileged.

Knowing about the Oratorians, it’s easy to imagine San Filippino as a bustling, thriving community center in the 17th and 18th centuries, as a place where ordinary people did and experienced extraordinary things. Now, though, its crumbling exterior blends into a larger palazzo and hides behind recycle bins and parked cars. Like the living quarters in the rear of the building, the chapel, too, is off-limits to the public and goes unnoticed by passersby. Ask a citizen of the town where San Filippino is located, and they’ll likely tell you they’ve never heard of it.

For three years, Tim and I walked past the sad structure of San Filippino and saw that the only thing progressing was the degradation. Why was this building so rich in history being allowed to disappear? Why wasn’t anyone doing anything to save it? The response: Crisi. Niente soldi. Economic crisis. No money. This is just one of the countless precious treasures we’re losing all over Italy.

Someone has to save it

One day, for a reason that is difficult to explain, I realized that the “someone” to save San Filippino was me, and, by default, my husband Tim. I hasten to add here that neither Tim nor I has ever attempted anything like this. I must also say that, at this point, we had not seen the interior of the chapel. So, convincing my husband that my epiphany was a great idea was going to have to be my first miracle.

“There are plenty of Italian Americans in the U.S — especially those of Tuscan heritage — who will want to help their beloved motherland,” I asserted confidently. “We’ll create a nonprofit to raise funds in America and work with the Archdiocese of Arezzo, the owner of the property, to restore the chapel and open it once again.” 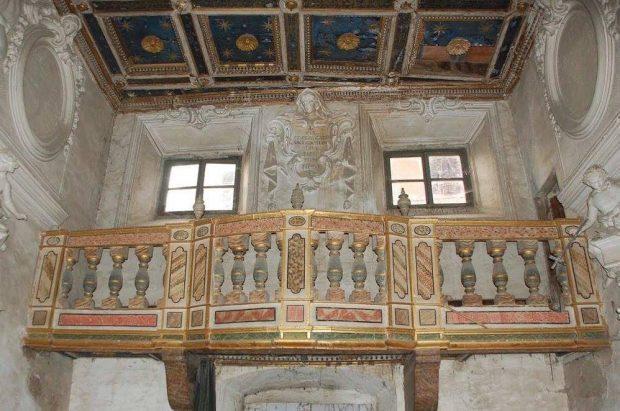 After one meeting in Arezzo with then Archbishop Riccardo Fontana, we found ourselves inside San Filippino. Simply put, we were blown away. We saw surprisingly beautiful cherub sculptures that are some of the finest examples of baroque art in Tuscany. An ancient 15th century wooden coffered ceiling of stunning cobalt blue and gold said to be the oldest in the town. A gorgeous hand-painted wooden balcony comprising the choir. Intact frescoes. And that’s just for starters.

Yes, there’s obvious damage and decay due to the decades of neglect, the leaky roof and the large amounts of excrement from curious pigeons who have found their way in via the broken windows. Nonetheless, the chapel is still stunning, and we have fortunately arrived in time to save it and return it to its original glory.

How much do we need?

Only approximately $300,000 Euros, per the official estimate provided by the Archdiocese of Arezzo in 2016, is needed to completely restore the interior and exterior of Oratorio San Filippino. After restoration, the chapel, which is still consecrated, will host religious and secular services benefitting the whole town and will provide a much-needed economic spark for our adopted town.

We estimate that we will need an additional $200,000 Euros in order to fully upgrade and modernize the entire building so that it will accommodate all planned future activities. These funds will be used in part to renovate the apartments upstairs, providing comfortable accommodations for visiting priests, scholars, artists and pilgrims of all kinds.

In total, we think we’ll need to raise approximately $550,000 Euros. We have already raised $50,000 Euros, which is enough to replace the roof and patch the holes in the windows and walls.

1. We’ve created a tax-exempt 501(c)(3) nonprofit association in the U.S.,Friends of San Filippino, with 100% of donations going toward therestoration. We have no paid staff. All work is done by volunteers.

3. We've fully engaged the local residents! Many of our volunteers are citizens of Castiglion Fiorentino! Once wordspread about the project, via our Facebook page and our website, thetownspeople enthusiastically joined in. Professionals (accountants,photographers, engineers, business owners, among others) are donatingtheir services, and local artists are donating their works, with proceeds tobenefit the project. A group of Castiglionesi have created a sister organization, Amici di San Filippino, and have already started holding fundraisers.

4. The local newspaper and television station have covered our story. There have been numerous articles about the project in The Florentine magazine and severalother print media outlets in the U.S. and Italy. See them on the In the News page.

5. We apply for funds at every appropriate foundation we can find. 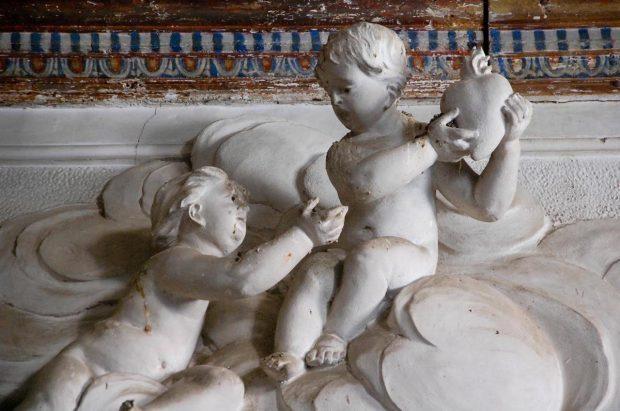 Join me in going to extremes

Due to unforeseen circumstances, largely caused by a global pandemic, Phase One has experienced a delay. As we anxiously await the ability to start construction on a new roof for San Filippino, I often think about Saint Philip Neri, who is now is my all-time favorite saint.

Let me be more like St. Philip, I pray. May I always remember and heed his call-to-action: “If you wish to go to extremes, let it be in sweetness, patience, humility and charity.”

And may this project inspire others to do the same. 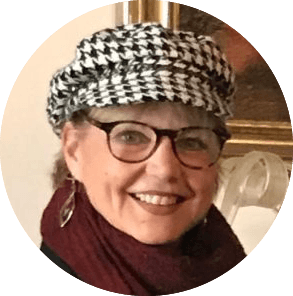 Rita Morgan Richardson is a French teacher and a proud Italian American with roots in Naples and the little town of Vinci in Tuscany. Write her at This email address is being protected from spambots. You need JavaScript enabled to view it. for more information on the campaign to save San Filippino.